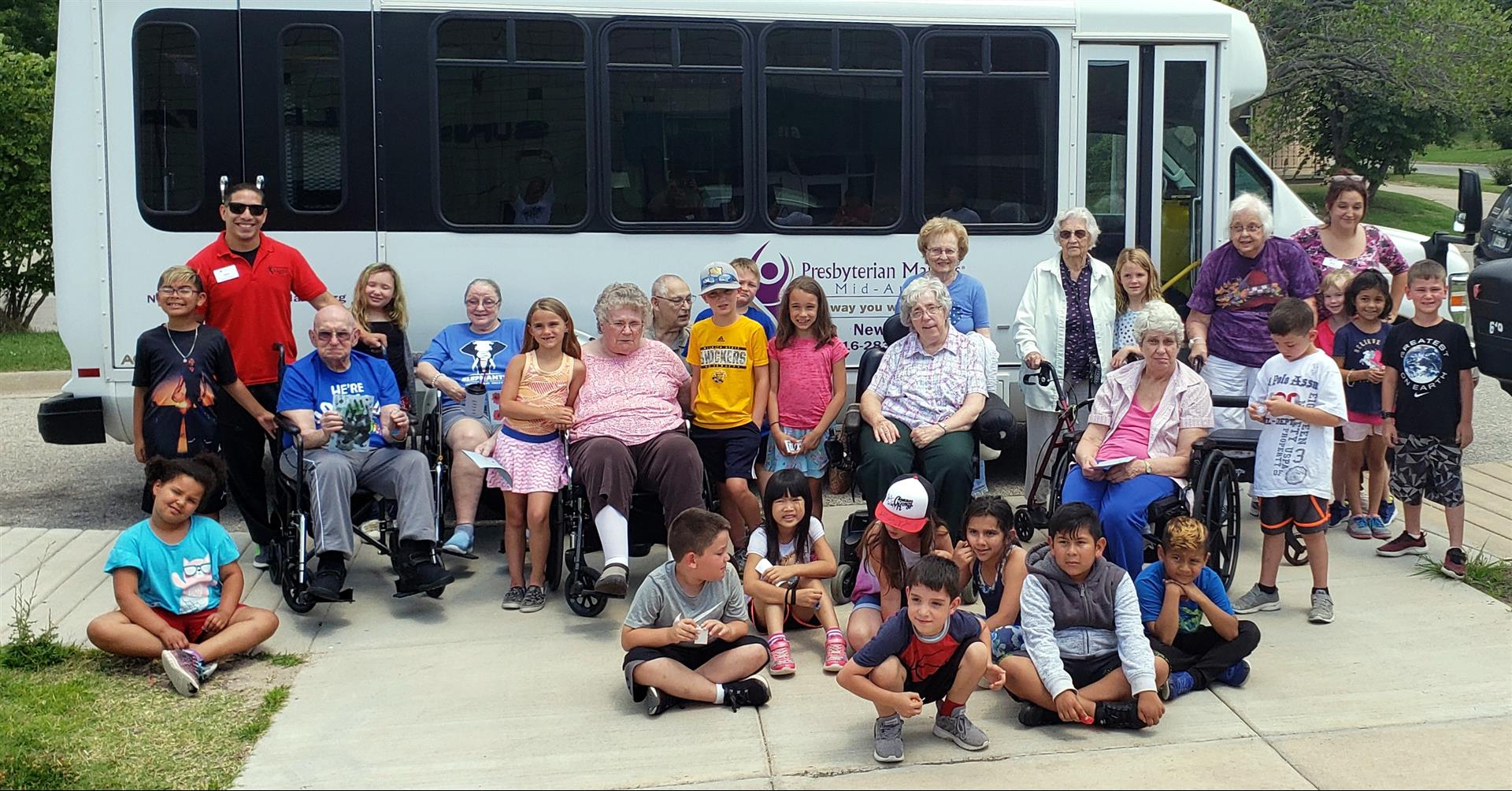 This summer, 23 residents and two staff members in our community participated in a new pen pal project initiated by the Newton YMCA’s Y Scholars program, which is in partnership with USD 373. The residents were paired with first and second grade students. This was the first year Newton hosted this program, and it was a hit for everyone involved!

“This is the only pen pal I remember ever having,” said Kay Orr, assisted living resident at Newton Presbyterian Manor. “One of the staff asked us if we’d be interested. I love kids, so I thought, ‘Sure!’ It was a very interesting experience.”

Over the course of five weeks, residents and their elementary school pen pals exchanged written letters and photos.

“We saw pure excitement from our residents as they waited to get their next letter from the kids,” said Melinda Ebersole, life enrichment director.

The program ended with a get-together at Sunset Elementary School for games and a snack.

“I was so impressed when we went to see the kids. They were so well-behaved, polite and helpful,” said Kay.

Melinda added, “This was a wonderful community project for both groups. It gave both of them something to look forward to each week. It also helped the kids interact with the elderly as sometimes kids can be afraid of someone in a wheelchair. I also had two little boys very interested in our bus and wanted to know how we got everyone on and off of it. I ended up giving them a little tour and they thought that our bus was cooler than the school buses they have ridden in.”

If given the chance, the community would welcome the opportunity to participate in this program again.

“We have a really good connection with the local schools, and we hope to continue to have those relationships grow each year. Our next project will be one where our residents make bookmarks for the kids and hopefully that will bring some smiles to some kids and in return allow our residents to continue to change lives every day,” said Melinda.

PHOTOS: At the very top, Newton Presbyterian Manor residents meet up with their first and second grade pen pals after the five-week session. The other photo shows Kay Orr with her summer pen pal.