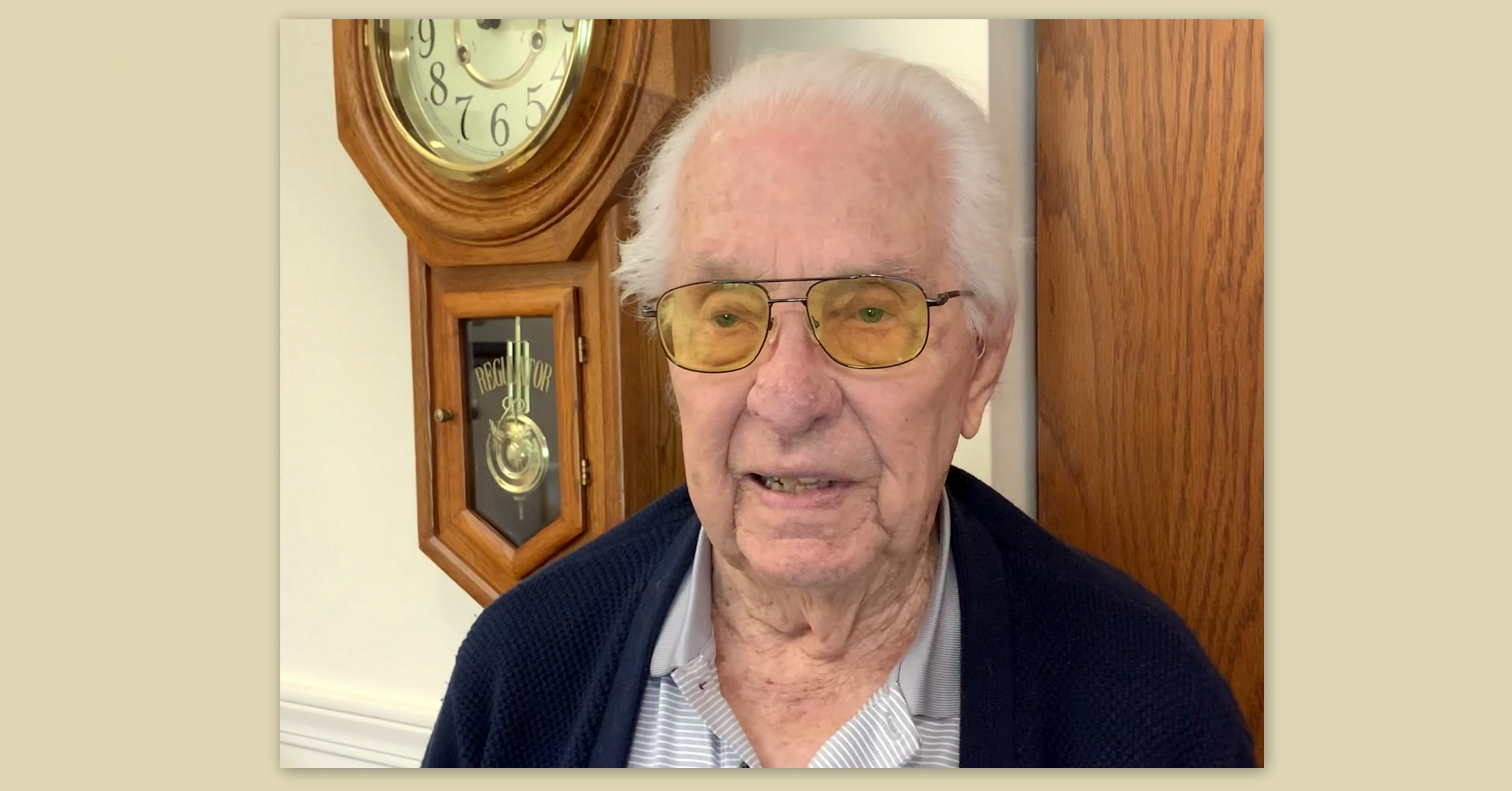 Harold Reid has done a lot in his 100 years of life.

A resident of Newton Presbyterian Manor since 2014, Harold grew up in northwest Kansas during the height of the Dust Bowl before going out of his own to enter the “real world.”

“I didn’t go to college, I just sort of evolved,” said Harold.

Harold’s first stop was actually here, in Newton, in 1946 when he began work as a mail clerk. For the next 10 years he worked the line from Newton all of the way to Amarillo, Texas, until he was eventually transferred to the Wichita post office in 1956. While there, Harold served as the supervisor of outgoing mail – a job that kept him plenty busy at various times throughout the year.

“We moved quite a little mail through the post office, especially during Christmas—it was interesting,” said Harold.

In addition to his service to the post office, Harold also spent two and a half years serving in the military during WWII, an experience he described as a “vacation in the Philippines on Uncle Sam’s expense.”

One thing Harold had yet to experience in his lifetime was a pandemic—but that all changed in 2020. As a result, Harold ended up being the first resident at Newton Presbyterian Manor to receive the COVID-19 vaccine. When asked what made him step up and be the first one to roll up his sleeve, Harold’s response was simple.

“It would’ve been stupid not to,” said Harold.

As for what has led to his longevity, Harold said he really doesn’t have a secret—he just did his best to stay active. And he was successful. Harold was an avid golfer from the age of 11 or 12 all the way into his 90s and also played baseball and bowled for more than 50 years. He continues to stay busy with his family living close by.

Now, looking back over everything he has done in his life, Harold says that there are two accomplishments that rise to the top.

“I’m most proud of my two kids,” said Harold. “I couldn’t be any more proud of them.”

Posted on
by
filled under
Residents
« Back to Blog