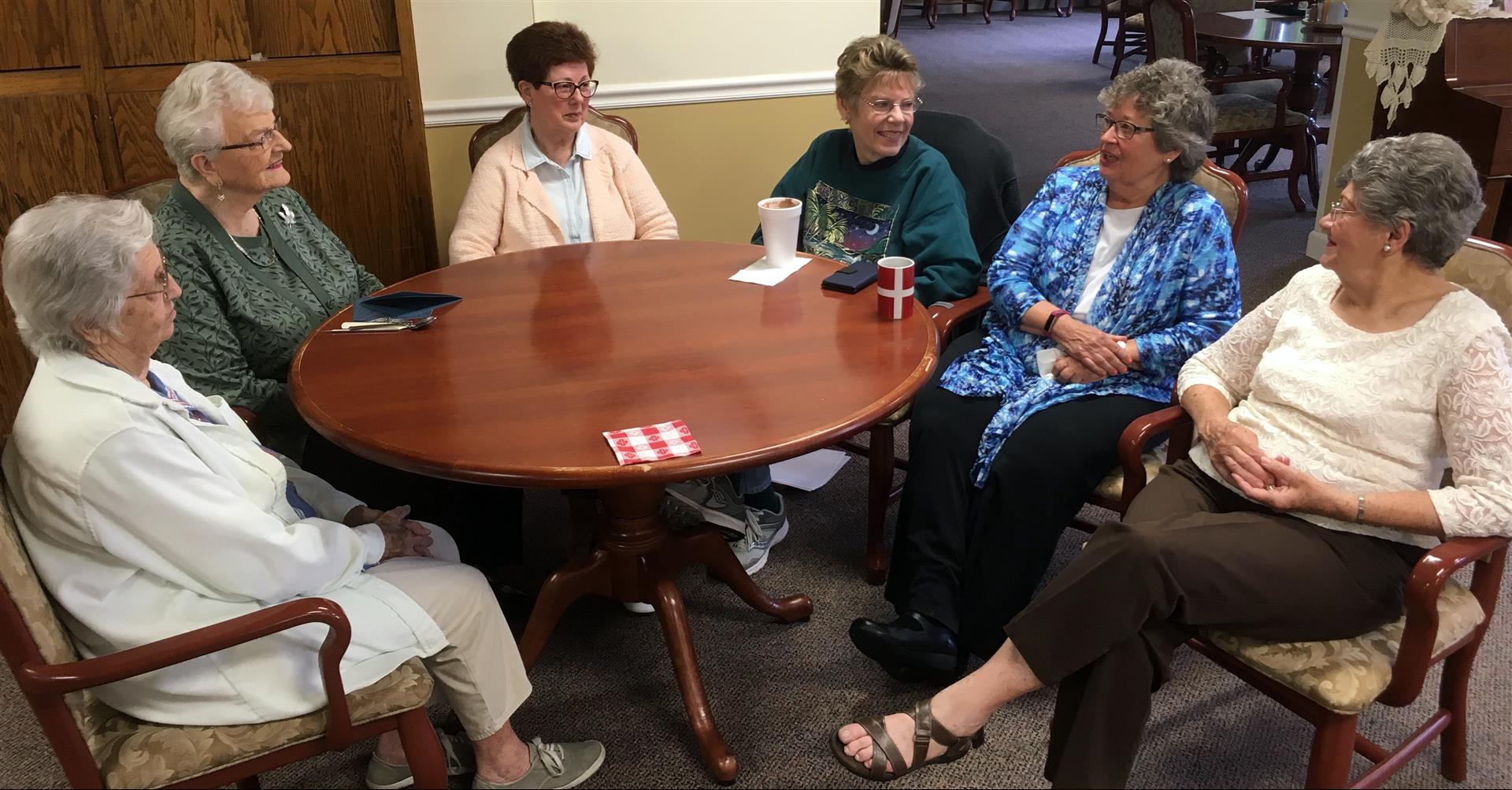 I remember where I was when…

The Space Shuttle Challenger exploded in 1986.

We’ve all experienced significant historical events in our lifetime—some leave a lasting impression that allows us to recall exactly where we were when we first heard the news. The following memories are how campus neighbors remember historic events impacting their life.

“The Columbine Shooting on April 20, 1999. I have a friend that I worked with in the Denver area whose stepdaughter was one of the 13 killed. I was in Phoenix when this happened. We were glued to the TV, awaiting information on this horrific tragedy. I was in touch with people at work, who said my friend had gone to the school where students were being bused for pick up by parents. Her father was out of town on business and her mother was home waiting for information. Sadly, Lauren never got off the bus. I was so stunned and so shocked that something like this could happen in our schools, and someone I knew was a victim. I went to visit my friend, and it was one of the hardest visits I have ever made. It had a major impact on people at work. The loss was overwhelming to all the families, plus there was the media to deal with. With the 20th anniversary of the school shooting recently and seeing Lauren’s father and her mother interviewed on TV, it brought back a lot of memories and special times with my friend. Life is very precious. Value time with family and friends.”

“The assassination of JFK. We were in Newton, Kan., on furlough from Colombia, South America. We were living in a small house south of First Mennonite Church. That site now is parking for the church. I was home with my little ones. I turned on the TV, which was a luxury, and heard the sad news. It was significant that our President was shot. That was shocking to me. These things do not happen in the States! It diminished the security which was a part of our life. Perhaps the USA was not as secure as we had envisioned. And I could not be so condemning of Colombia, or any other country.”

“I was in 5th grade and I remember very vividly when Franklin Delano Roosevelt, in his fourth term as president, died of a cerebral hemorrhage. FDR had been a hero to me, and it was a terrible shock to me. I have a scrapbook in which I have several pages of newspaper clippings about the death, about the transporting of FDR's body by train to lie in state at the Capital and about the funeral service. I was very saddened by it all. I remember a photo of a black man with an accordion, playing it while the train passed, with tears rolling down his cheeks. The story said that he was playing and singing, ‘Going home, going home, I'm just going home …." That photo became immortalized, signifying Roosevelt's death. It was reprinted worldwide. FDR died in April 1945, just a few weeks before the war ended in Europe. I have always been sorry that he did not live to experience the surrender of Germany and the end of Hitler's horrible regime.”

“On the day that our President John F. Kennedy was assassinated in Dallas, Texas, in 1963, along with my co-worker and fellow nurse, Jean Pulkin, I was in a village in southern Honduras working in the clinic we had established, and at the same time helping supervise the building of a beautiful church there. Two little neighbor boys came running to our house, which was on the town square, excited with tears in their eyes, telling us how sorry they were that our President had died just three hours earlier. This was a little town at the end of a road that was not maintained and only traveled once a week by a truck. We were confused and in shock as we listened to the radio in Spanish as they reported that John F. Kennedy, our President, had been assassinated. We were in disbelief and grief, but what amazed us was how the people of that village grieved with us. They told us how they loved America because we had come to bring hope to them, medical help where there was none, and they hoped that we would not have to leave.”

“I remember the first walk on the moon in the summer of 1968. I watched on my parent’s screened-in porch with my new friend, Ib Thomsen. A year and a half later we married one another. We didn’t think of it at the time, but we should have included ‘Love you to the moon and back’ somewhere in that service!”

“For me it was the assassination of JFK in 1963. Our basketball team from Elbing Grade School was playing for the championship against Golden Plains. Both teams were undefeated that year. As we left Elbing, our President had been shot, but when we got to Golden Plains, President Kennedy was already dead. How could we play this game? How it directly affected us was that time seemed to stand still. As we started playing, I couldn't hit ANYTHING! Even simple lay-ups weren't falling my way. Our coach called time out. He looked straight at me and said: ‘Keep playing; keep focused; something will begin to fall.’ And so, I started to continue to shoot and work as a team player. This event changed my life in that it instilled in me courage when up against difficult obstacles. And that, in light of other things, there are always bigger events than what is involved in my world. A basketball championship was important, but the state of a country after a horrible event was much more important. In the middle of both events, we had to display courage, resolve, perspective and just be there for each other. What great lessons I learned that day.”

“Even though I was only 10 years old, I remember the day the Japanese bombed Pearl Harbor. My father had been so interested in radio most of his life, so we always had big powerful radios around the house and they were always playing. On December 7, 1941, we were all just sitting down for our big Sunday lunch. I remember a radio announcer breaking into the program that was playing saying that there was an important announcement he needed to make. After he said that Pearl Harbor had been attacked by the Japanese, my father went to the radio and began tuning into short wave radio stations transmitting from the Pacific. My father could read Morse Code and he made notes on a tablet all afternoon.

“My habit in those days was to go to the movies on Sunday afternoons with my cousin. My mother said to go ahead and go, just to get me out of the house I suppose. My cousin and I talked about the bombing and came to the conclusion that we would beat the Japanese easily because we had the most powerful Navy in the world. Little did we know that most of that Navy lay on the bottom of the harbor.

“Most of you know how that affected all of us. Brothers, cousins, uncles and friends went to war. Many never to come back. We at home had rationing, new jobs to go to and much anxiety to live with. War news came over the radio and at the movie News Reels. Many of us saw German and Italian prisoners of war come to our towns to work on farms and other places.

“We saw our neighbors suffer with the loss of a son or father. We witnessed war and all its suffering. We learned about the atom bomb. But it was a time when almost everyone worked together and of great national pride.”

Photo: Kay Orr, Eleanore Myers, Carolyn Adams, Carol Schrag, June Thomsen and Betty Harder met at the morning coffee time to share their memories of significant historical events and where they were at the time. All remarked that they can remember the exact spot, the exact moment that they heard the news of these events.