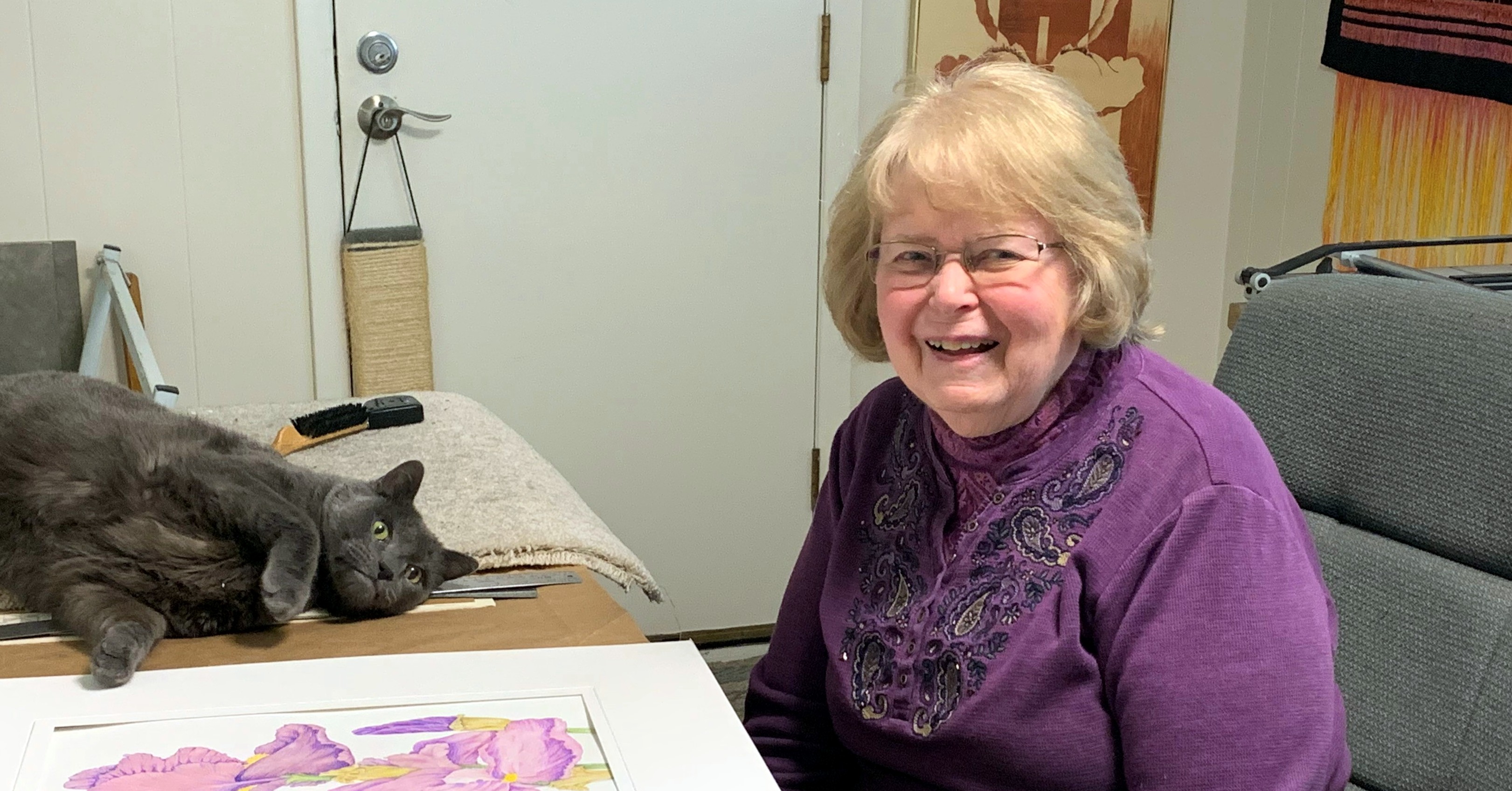 For Betty Eller, home is where the art is

A little over a year ago, Betty Eller and her husband, Marvin, decided it was time to downsize and live a quieter, simpler life. Having become acquainted with Newton Presbyterian Manor resident Eleanore Myers, the couple began inquiring about the availability of houses at the community and were intrigued when they heard about a property that had recently been renovated.

“Eleanore said that it was the executive director’s house at one time and was something we might want to look at it,” said Betty. “When we did, we just fell in love with it.”

One of the house’s main selling features was the usefulness of its space. As a lifelong artist and fervent art lover, Betty was immediately drawn to the potential to both create her own work and display the work of others.

Along with previously being the residence of the executive director, the house had also doubled as the headquarters of the Society of Decorative Painters. One remnant of this past life is the pegboard that covers the basement walls—a feature that Betty and Marvin have used to display the artwork they acquired while running their own gallery and frame shop in Colorado.

Another of the house’s unique features is a small room off to the side that Betty has turned into a studio.

“It’s perfect for me,” said Betty. “I can shut the door and not worry about the mess.”

Inspired by her new surroundings, Betty’s work has been invigorated.

She’s also found that having a dedicated space where she could retreat to and immerse herself in her work has been especially helpful during this day and age of quarantining and social distancing.

“It has been a lifesaver for me in the pandemic,” said Betty.

And to prove that something good can come out of a once-in-a-lifetime pandemic, Betty plans on entering three of the pieces she created this past year in the upcoming Art is Ageless competition.

This will be the second time Betty will enter the competition. Last year, she had one of her paintings featured on a notecard—an accolade that fueled her creative drive.

“It spurred me to get started and really get into it again,” said Betty. “It was a real encouragement for me.”

Having never heard of the Art is Ageless program before moving to the community, Betty has quickly become one of its biggest proponents.

“I think it’s an awesome program,” said Betty. “Just because you get to be 65 doesn’t mean you’re through living or don’t have abilities that you can expand and continue living.”