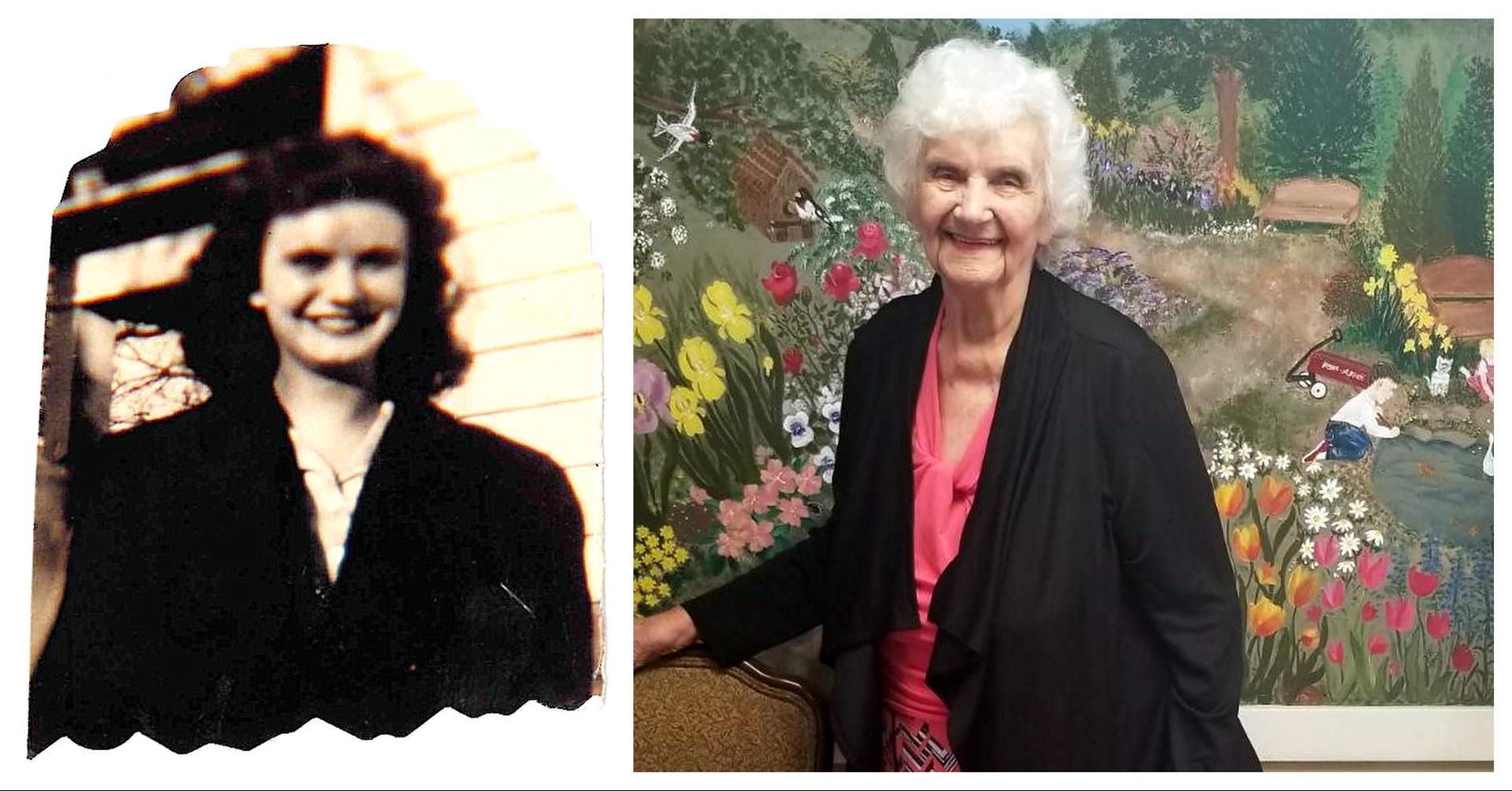 A look back with resident Elenora Alexander

Healthcare resident Elenora Alexander is like a walking history book for life at Newton Presbyterian Manor. She worked here from 1960 to 1987 and has many stories from her experiences as an employee in dining services.

“When I worked here, we would put breakfast and dinner trays on carts and send them upstairs on dummy elevators. Once when we were on an elevator, we got half-way up and the elevator stopped. The doors flew open and there was a brick wall. Ella Jones, my helper, had a fit. I told her to calm down, then I pressed the button and the maintenance man released us. We had more fun!” said Elenora.

She remembers fun (and messy) moments in the kitchen, too.

“Virginia Abney was the boss of the kitchen and one day everything was late getting to the table. She realized the potatoes didn’t get in the mixer. She pressed the wrong button and the potatoes flew to the ceiling,” shared Elenora.

As you would expect, the dining room and the staff’s attire looked different back then.

“When I worked there, everything was on a table and served. What they called the ‘big dining room’ is the now the little dining room and it had nine tables. Now they use big pans and we have five dining rooms! The staff also dressed differently. We all had white uniforms with a little pocket where I would have a hanky stick out with embroidery. We wore white work shoes that would be good for our feet,” remembered Elenora.

Thinking about how life was different at Presbyterian Manor yesterday has Elenora excited about the changes coming to the dining room in the near future.

“The food is so good here, you can’t believe how they cook. Now they’re going to remodel the dining room, and I can go up to a little window and call in what I want to eat. It seems to me, all the outside people, if they hear about that they’ll come in and eat and it’ll be crowded!”

But being surrounded by people is something Elenora doesn’t shy away from. In the two years she’s lived at Presbyterian Manor, Elenora has found plenty of activities to keep her days busy.

“On Saturdays, they have a big screen set up in the wellness center, and we watch movies. On Sunday, I go to the Zion Lutheran Church. On Fridays at the Manor, I go to church here at the chapel. On Wednesdays, we have breakfast and then we exercise. After exercise, we have sing-alongs, and we have a minister that comes and reads Bible stories. Then it’s time for dinner. After dinner we have crafts. And at 3 p.m. we have Bingo. We’re so busy here, every time you turn around,” said Elenora.

Want to know more about getting involved and making memories at Newton Presbyterian Manor? Contact Noelle Dickinson, director of marketing/senior living counselor at 316-283-5400 or ndickinson@pmma.org.

‍PHOTOS: Fun fact about resident Elenora Alexander: She was in the movie “The Parade,” which was filmed in Halstead, Kansas in the early 1980s.