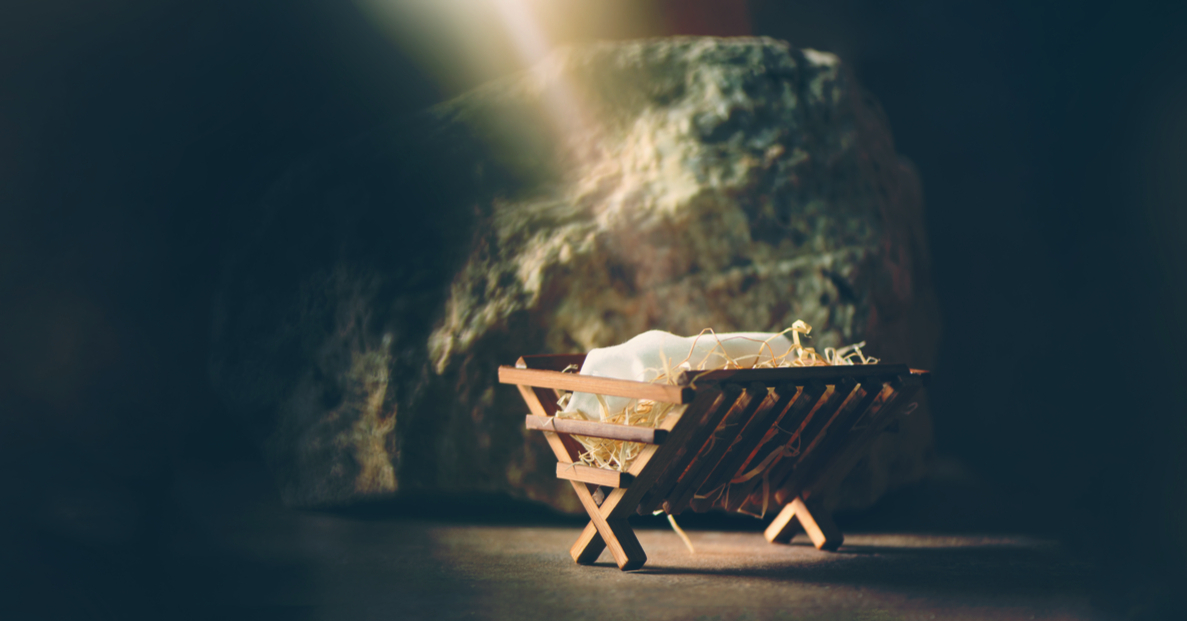 Did you know that when you carefully separate the two halves of a peanut there’s a surprise waiting for you inside? It’s a miniature “Santa Claus!” Some people say it’s a bunny. Silly, misguided people. When will they ever learn?

One of the great mysteries of life is that it is filled with surprises! Start to believe you have some one person, place or thing figured out … and boom! … something coming from either deep within or far beyond you suddenly shocks you or catches you off guard and/or forces you to rethink virtually everything that you previously believed about any given topic.

Take the birth of Jesus, for instance. We all know He was born “… in a manger because there was no room for Him in the inn.” We’ve been told a “manger” is cattle feeder. Not a difficult word picture to grasp. However, the inn, Hollywood led to believe, was kind of like a Motel 6. You know, the innkeeper opens the peephole to his door and yells “There’s no room in the inn!” Here’s the problem. Tom Bodett and Co. have only been leaving the light on since 1962. I could be wrong, but I’m pretty sure “inns” like Tom’s didn’t exist 2,000 years ago. Individual families hosted and were hospitable to travelers, including strangers, which Joseph and Mary were not.

Did you know the word “inn” in the Book of Luke can also be translated “guest room” or “living room?” Which makes me wonder … perhaps when Mary and Joseph finally completed their walk to Bethlehem, Joseph’s dad’s living room was already occupied by uncles and aunts and cousins who had arrived earlier than the slow-moving, child-bearing couple. So, dad said, “I’m so sorry, Joe! The living room is full. There’s just no room in the inn/living room. Everyone else in the clan beat you to town! But your mother says you two need to be somewhere close so she can help with the birth. So, I wonder if you and Mary would mind sleeping in the barn? You know it’s just right there on the other side of this living room wall. It should be warm. And I’ll make sure to lay down some fresh hay in the ‘manger’ for your special little baby. You know, your Aunt Elizabeth says it’s a boy and that he’s going to be a very special little guy!”

Can you live with that version of the story? Did you know some archeologists believe barns in Joseph and Mary’s day were constructed on the North end of one’s house? That way the barn served as a kind of “wind-stop” to protect the home. I know my German ancestors did the same thing. I can easily imagine that when Joseph grabbed Jesus from Mary’s womb and coaxed him to take his first breath, the “first cry” that announced his birth was heard by all of Joseph’s relatives. They were listening and waiting just on the other side of the shared living room/barn wall! And if the scenario as I see it in my mind’s eye is accurate, that means Jesus was born into a waiting and watching and loving family!

Now that’s what I call a “hidden surprise!” The power and presence of baby Jesus … the gift of heaven … burst onto the scene in the center of a caring, providing, expectant family! A glorious surprise indeed! I know animated Christmas cartoons didn’t paint that picture for you, but I do believe God’s Word does!

And don’t miss another surprise. Namely, on Christmas Day – and every other day of the year for that matter – God has placed His surprising love at the very center of your life. All you have to do is see it for what it really is. So do exactly that. Don’t miss it! And don’t let other silly, misguided people tell you it’s not there just because they don’t choose to see the miracles of life the way you do. If you’ve chosen to follow Jesus, let your life – today – be filled with the awe and wonder and sight of the surprise of Heaven already living inside of you!